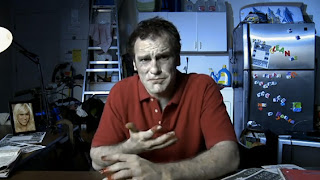 Dear supporters of ZAARG,
I want to draw your attention to a young man named Jordan Lutz. Jordan is a young, surprisingly articulate zombie who has yet to come to grips with his new position in life. I recently discovered Jordan’s blog, and my heart went out to this poor man.
Please, ZAARG supporters, let’s reach out and help this undead soul discover his place in life!
Michael & Linda
Posted by ZAARG at 5:34 PM No comments:

How To Approach A Zombie In The Wild 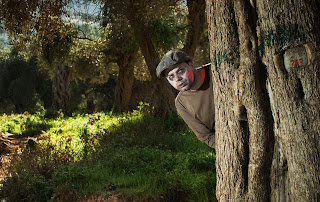 Chances are, you may encounter a zombie in the near future. Therefore, it’s very important that you know how to deal with a zombie when you find one.
1. Approach the zombie VERY CAREFULLY. You don’t want to scare it away!
2. Do NOT approach the zombie if you have pets with you–a large dog is capable of ripping a zombie’s leg off, and you do not want that on your conscience.
3. Pay attention to the sadness behind the zombie’s eyes. It will help you to empathize with his or her plight.
4. Offer the zombie a piece of raw meat. (It’s a good idea to keep raw meat on your person at all times.)
5. Using the meat, lead the zombie to the nearest ZAARG Outpost. (We will be setting up outposts in more neighborhoods soon!)
6. Congratulate yourself on helping the unfortunate!
Posted by ZAARG at 5:32 PM No comments: 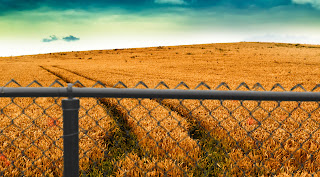 Dear friends,
On Tuesday, there will be a public forum in front of the O’Dea Library about our proposed Zombie Preservation Act! We encourage all of you to please come express your support! Remember, only you can make a difference in the unlives of these poor creatures!
Michael and Linda
Posted by ZAARG at 2:56 PM No comments:

The Zombie Advocacy And Relocation Group is dedicated to protecting our undead brothers from the persecution of society. We set up a safe place for these poor souls to live a life after life before the afterlife in peace and harmony.
Who We Are
Michael Bickman
Michael first became enamored of our nation’s living dead as a small child, after seeing the original “Night of the Living Dead” at the age of eleven. The movie terrified him–how could those awful people be so heartless as to try and kill those zombies! Some of those zombies were those people’s friends and family! It was then that Michael swore he would do whatever he could to protect these unfortunate creatures from the cruelty of man.
Linda Bickman
Linda joined the cause when she met Michael at Florida State University in 1978. Already a staunch advocate of a number of causes, Linda was very excited to help carry out Michael’s vision of a world without prejudice based on livelihood. After seeing the passion in each other, Michael and Linda got married a week after their first meeting. They currently live in Miami, with no children and thirteen cats named Mallory, Jeremy, Hillary, Goldberry, Crookshanks, Madison, Madeline, Morgan, Moriarty, Balin, Dwalin, and Other Madeline. They devote their full attention to helping the unfortunate undead find acceptance and safety.
Posted by ZAARG at 5:19 PM No comments: